Sona Wild Rift: is a support capable of buffing the whole team's power. "Hymn of Valor" is a useful skill that increases poke damage to allies. The more lategame Sona gets stronger. Always auto-attack after trading to make the most of the passive. Guide and build "Maven of the Strings". 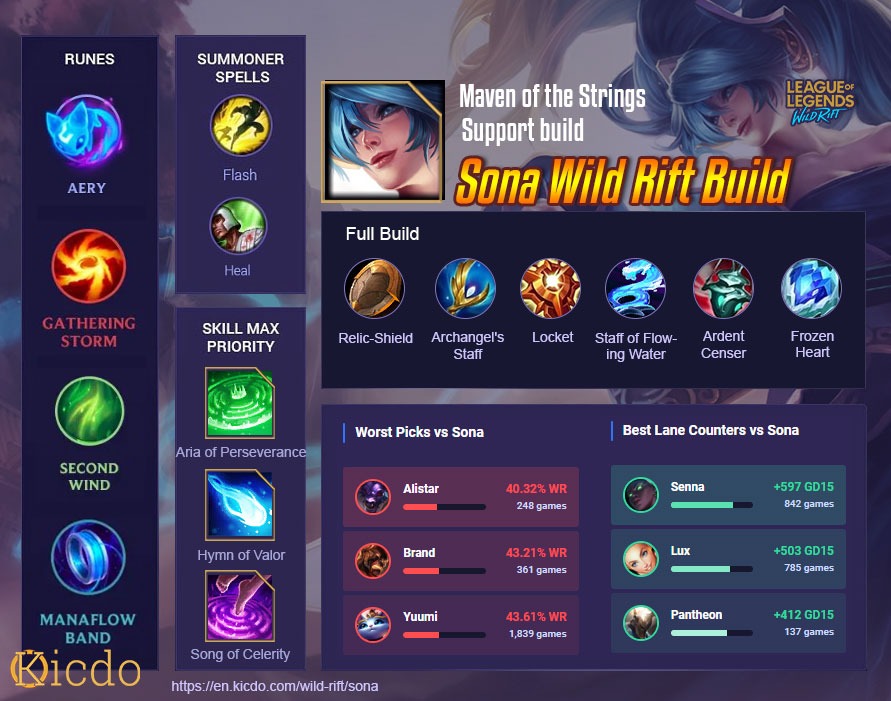 The Sona rune will tend to choose gems that increase the ability to poke like "Aery" for skill cooldown as well as increased resistance. In particular, there must be "Manaflow Band" gem that supports mana recovery so that Sona can freely spam skills.

Sona is a suitable mage as a support champion thanks to a super buff skill set for allies from mana, health, and speed. The last move also holds the foot to stun a large area.

Sona will go the Dragon way.

With the way to build Sona as above, it will ensure that Sona has full health, energy recovery with a fast cooldown reduction to help Sona more protein to feed AD and AP. And also push the team's strength to new heights in combat. 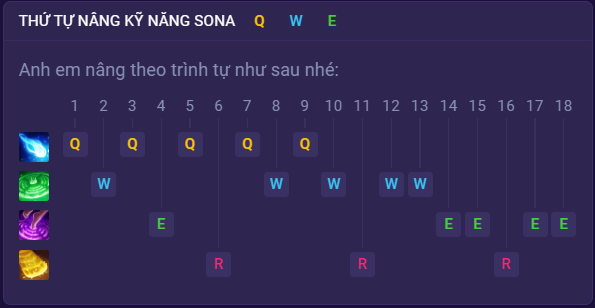 After casting three basic abilities, her next attack is empowered to deal an additional 20 magic damage (20 + 15% ) with a bonus effect based on the last ability cast.

Passive: Reduces the base cooldown of Sona's basic abilities by 10%.

How to play Sona

Make the most of Sona's passive in a simple way that is always automatically attack basic attacks after exchanging skills.

You can use either Baron or Dragon's climax. Can stand in the dust and launch R to enemies that won't be able to dodge.

When on the road, you should stand next to AD to heal and increase the fastest speed for AD.

Constantly harassing enemies with "Hymn of Valor". Because this is a very strong poke skill of Sona, it is easy to attack and increase damage when teammates participate in the poke.

Only strong and useful when traveling with teammates, so you need to stay close to the main game in the middle of the game. Control vision of big targets.

Look for opportunities to initiate a fight with your ultimate. Can hide in dust to increase hit rate or use skills in tight terrain.

The skill set requires a lot of mana.

Sona Wild Rift is a comprehensive support both in lane and teamfights. When it comes to late game, you can freely spam skills. Possesses dazzling skills to open the whole enemy team if caught at the right time. Thank you for following the guide and build Sona.